Tuesday 4th July 2107
A big day for science in the North West! 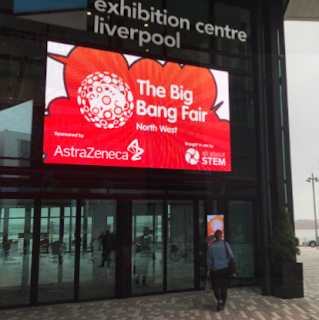 Liverpool waterfront The Exhibition Centre was taken over by 1000s of young people all wanting to see the exciting shows and stands at the Big Bang Fair North West.
The team had been working hard for many months organising the venue, sorting out the exhibiting companies and the special guests for the show stage.

This year was a new venture for us. We have been on the show stage for the last 3 years but with more and more Primary schools coming to the event the BBNW team asked us if we could organise a stand with actititves especially geared towards the younger ones....certainly!

Then we needed to think because our usual amazing science is often a one off and then make up the chemicals again type of thing - the sort of colour change science we do in our shows. Of course that wouldn't work for a science event where small groups walk up to your stand all through the day. 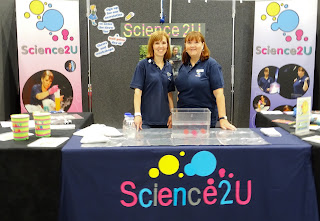 So we decided to take some of our kit from our Super Senses workshops - guess the smell and the feely tubs and grot bags. Guessing a smell with no clues is quite hard so anyone that got it right won a scratch and sniff sticker....they obviously had a good nose.

Brave souls who put their hand into one of our grot bags found slime, instant snow, insects ( plastic ones!) and a squooshy worm. 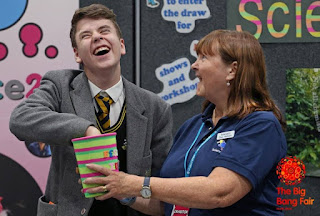 Of course it wouldn't be one of our events without the amazing invisible hydrogel balls but how to stop them all getting squished in the first five minutes???
We used a few giant pink ones in amongst some smaller clear ones in coloured water and played hunt the gel ball! We had extras in reserve and replenished them every so often. Soon we had a bucket of dead hydrogel balls!! 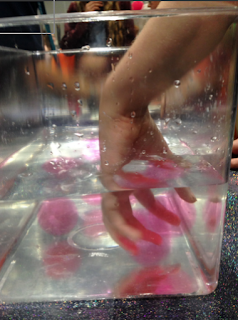 Throw in a few colour change tricks with heat sensitive paper and straws and you have a fun, hands on stand. 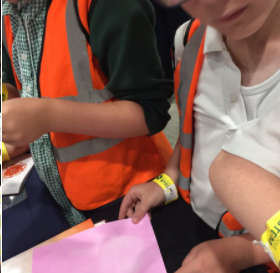 We even had a competition to win a half price day of shows.Well done to Aintree Davenhill Primary who won.

It was a long day - we were there very early to set up but we had help from my other half - also a STEM Ambassador - so we were at least able to take a quick bathroom break occasionally but we were so busy we didn't get to see any of the shows.

The images from the day are really great. You can see 100s on the AllAboutSTEM website and Facebook page but here are a few of us having fun. 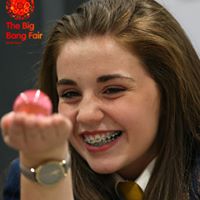 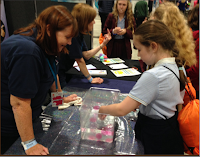 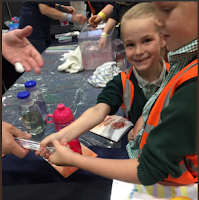 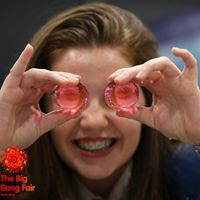 Posted by Sue Halliday at 07:31 No comments: 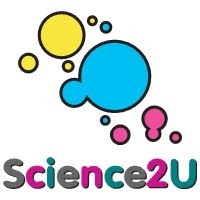